Some text in the modal.

Learn Everything about Pearls and its Different Varieties

From cleopatra to Michelle Obama, almost every woman has been seen adorning her pearl jewellery. Choker, Rope, Matinee, Opera are just some of the very popular names given to pearl necklaces. Famous companies like Coco Chanel have contributed towards making pearls as everyday jewellery. From earrings, pendants, rings to charms on bracelets, it has been a widely used gemstone. Internationally acclaimed jewellery designers like Amit J Ghosh have built an entire collection around pearl chokers with diamonds. Pearl has always been, and will always be one of the most sought-after gemstones in the world due to its unique formation process.

How is the pearl formed?

Pearl formation actually happens when an Oyster, Mussel or Clam tries to protect itself from an outsider object. So basically, when the object enters and starts irritating the oyster, it secretes a fluid called nacre to coat the irritant as a defence mechanism. However, over the years, layer upon layer of this nacre keeps depositing around the object which looks shiny and lustrous. This is what we call a Pearl.

What are the different types of pearls?

Real pearls are formed by a living oyster as part of its natural defence mechanism process. Imitation pearls are made out of glass or plastic bead coated with synthetic substances. The factory-made imitation pearls, though widely available in the market doesn’t have the lustre as real ones, and are subject to wear and tear with usage. 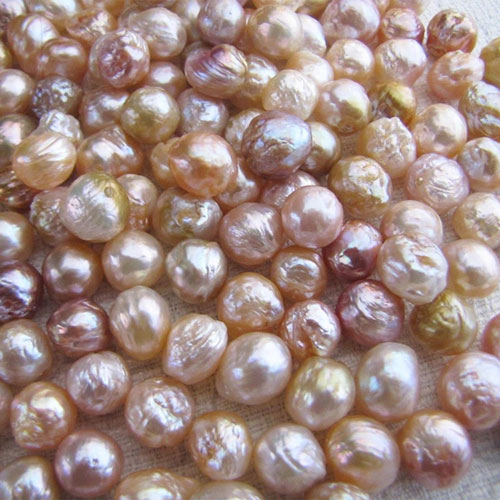 Whether you go for a natural or one of the cultured pearls, it is important that you own a design which you can cherish for a lifetime. Do check out some beautiful designs of pearl chokers on Amit J Ghosh - Pearl Choker .They offer a complete design to product package to individual clientele as well B2B. And they also offer free first designer consultation. Go ahead and send them an enquiry on Contact Us Or call/WhatsApp them on +971 504240285

Why you should go for VS and Up quality of diamonds in your Jewellery?

Owning a Diamond Jewellery is every woman’s dream. They rightly say, ‘Diamond is a girl’s best friend!”. Back in the year 1074, when a queen from Hungary decided to adorn her crown with a diamond for the first time in History. Read More...

How are pearls formed?

What are the different types of pearls?

From cleopatra to Michelle Obama, almost every woman has been seen adorning her pearl jewellery. Choker, Rope, Matinee, Opera are just some of the very popular names given to pearl necklaces. Read More...